Lose Fat and Build Muscle Over-40 – the Shocking Reality 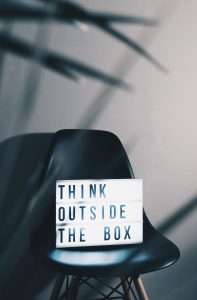 Hang-on! Aren’t we supposed to whither away and die politely once we pass middle-age; having quietly endured  a multi-decade descent into frailty; if we’re lucky.

That may be what your parents did; perhaps your grandparents too. Go back further, and previous generations were rarely privileged enough to find out what old age was like. Life was hard and life-expectancy significantly less than we can look forward to today.

So, where did this notion come from; that it’s all downhill post-forty? What? You’re Fifty? Sixty? Well forget it: give up now and wait to die like a good old boy/girl.

Seriously, I’d love to know from whence this fallacy emerged. It really bugs the hell out of me, ‘cos it’s utter bollocks!

I know, I know: your first instinct is probably to say the same about my claim. That you really can lose fat and gain muscle Over-40 and beyond. And I can understand that view: because that’s what you’ve been told, consistently, throughout your entire life.

But let me ask you this: who perpetuates this pessimistic myth?

I believed it too, and it nearly overwhelmed me: I was active, loved working-out, and didn’t question the wisdom of the majority. After-all, why would I know any better?

But, and here’s the thing: I was no longer able to shift my belly fat; I was constantly bloated and uncomfortable; suffered chronic pain in my knees; and I’d only just turned forty.

I was distraught! How on earth was I going to feel in another ten years? Would I still be able to walk without a stick by fifty? It kept me up at night.

I decided to battle on for as long as possible, but confess it nearly broke me. I starved myself as much as I could, and trained longer, harder, and heavier; ignoring the pain that was my body crying out for rest. My self-image plummeted, old body-dysmorphia issues returned, and I had several dark episodes stood over the toilet debating the pros and cons of induced vomiting. Not a healthy period in my life.

Until that is, I hit my mid-forties. Taking stock in a calmer moment: I realised that while I still hadn’t lost any body-fat, I also hadn’t lost any muscle. I was still in a lot of pain, but in every other sense I hadn’t deteriorated for five whole years. I took this as a win, simply because I hadn’t lost anything in terms of strength or vitality.

Hmm, maybe I was onto something here.

Now, this realisation just so happened to gel perfectly with my personality type: colour me awkward. Or as I prefer to say: inquisitive. You see, I’ve never been great at doing what I’m told, at least without good reason. It’s just not part of my nature. So I started to look at the reasons why conventional wisdom was saying one thing – that I should be wasting away – while reality was demonstrating something else.

The crazy thing was: I couldn’t find anything beyond, well, “because”. This whole paradigm consisted of the fact that everyone knew it to be so – just because it was.

Taking it a step further: I figured there was no way that I could be the first contrary soul to think this way. Then I recalled the late Jack Lalane (google him). Jack wasn’t especially gifted in terms of genetics. But he had something else entirely: an unwillingness to give in to old age, and an inability to accept age-defined limitations.

Excitedly, I searched the interweb for ‘Ripped Dudes Over 50’. I kid you not!

Who should turn up, but some guy called Mark Sisson. Damn, he was in pretty good nick for someone pushing fifty: wait, what; he’s nearly sixty! This guy must have something to say. And what do you know, he’d only gone and written a book. Long story short, I ordered and devoured his ‘Primal Blueprint’ and began implementing a low-carb approach to my eating pattern.

Within days my bloated stomach was a thing of the past. As for my knees: well, after a few weeks, I suddenly noticed that I was no longer in pain. The reason for this was a lack of systemic inflammation within my body; the consequence of a regular intake of highly-processed carbohydrates. It was that simple.

Over the next few months I lost several pounds of fat from my stomach, without even trying. And the best thing was that I never felt hungry. But then I stalled.

It was my own fault: life got complicated, and while I didn’t drift back into old habits, I wasn’t embracing the opportunity I had to realise my full potential.

Then it happened: the BIG Five-Ohhh. 50! Where the hell did that sneak up from?

Strangely, I embraced it, and thus began a new era of challenge and self-discovery. At this point, I was already coaching clients in stress-management, confidence-building, and increasing self-esteem; using a combination of NLP (Nuero-Linguistic Programming), Hypnotherapy and other Cognitive Behavioural strategies. It therefore made sense, as I was already getting reacquainted with the Primal Blueprint, to fulfil a long-held dream and become a certified Primal Health Coach.

Now, I’d always talked to my clients about Maximum Natural Potential, in a broader context. But here was my cue to add another layer, and see just how much could be achieved, potential-wise, in a physical sense. After-all, mind and body are best served when working in harmony.

I don’t know about you, but I’m not going to listen to anyone who hasn’t walked the walk, and can’t back up their claims with real results. Therefore, the first person I had to work upon was myself.

Before I go any further, let’s consider the facts as dictated by conventional wisdom:

Have you ever noticed that limitations only apply if we accept them? Once they cease to have meaning, then you are free to discover a new reality:

What if, what you once believed impossible, was now a very real option?

By re-applying the principles of the Primal Blueprint, combined with what I knew about exercise: I’ve been able to smash conventional wisdom:

The point I’d really like to hammer home, is that once gained, these benefits become pretty easy to maintain. You see, this isn’t about peaking for a competition, or passing some kind of challenge. This journey is all about discovering Maximum Natural Potential from a position of sustainability, and this lifestyle makes it possible.

Its not an attempt to reclaim youth: it’s all about being awesome at the age you are by defining your own standards. This multi-level approach adds quality to your life, and it’s never too late to start. In fact, if you’ve neglected yourself for far too long, prepare to be astonished by how much you can achieve.

By ignoring conventional wisdom and challenging preconceptions – or at least being open to new possibilities, and willing to ask questions – you can tear up the rule-book and begin a whole new chapter in your life:

Let’s call it ‘Chapter One’.