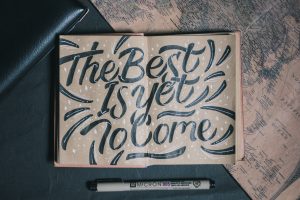 Strength is a wonderful thing, a blessing no less.

When you’re young, it’s an accident of timing. Something you take for granted and don’t even recognise until it ultimately starts to fade. Oh, how hindsight unceremoniously lets us know what we squandered.

As we get older, we typically accept that age is something that ‘happens’ to us; an affliction that we have no control over.

While it’s true that we can’t halt the passage of time in terms of years on this planet; I refuse to accept that we have no authority of how we choose to spend that time. Why meekly accept a slow decline into decrepitude; losing strength, muscle-tone and vitality, year on year until we’re a withered shadow of our former selves?

I’ll tell you why: it’s because no previous generation has ever challenged that paradigm!

I can still remember picking up my first set of weights, back in 1982. It’s hard to explain, but from that first instant I was hooked; knowing that this was a relationship that would last a lifetime. My entire social circle changed, and my new friends lived and breathed exercise, as did I.

We didn’t however, train smart: there were a lot of injuries and we did some stupid stuff. I distinctly remember training through a blackout one night at the gym. Pitch black, all you could hear were the clanks of metal, accompanied by childish giggles. When someone knocked himself out by walking into a barbell, we walked around him and carried on.

Apart from us, it seemed like hardly anyone trained or gave a damn about the food they ate. Although, at that time, there wasn’t an obesity epidemic going on!

We were outliers of sorts. Nothing special really, in terms of genetics or potential of any athletic significance. Yet we all shared a passion to be more! Fitter and stronger than the average person; just, more.

Fast-forward nearly four decades, and that path I chose; the one less trodden but infinitely more rewarding, has led me into this 21st century fitness industry.

It’s funny, but you’d expect everyone to know what they were doing by now in terms of health and fitness. We were clueless in the early 80’s (and I’m not just talking fashion!). All we did was train as hard as we could and eat as cleanly as possible.

We knew it was going to take time, and we accepted that. Yes, there were synthetic shortcuts for those willing to risk it. But, invariably, those guys paid a heavy price, and nothing gained quickly ever remained.

Maybe that’s when it all started? Society’s pre-occupation with instant results. Who knows?

What I do know is that it takes a certain resolve to decide upon a course of action that will change your life. To do what few of your peers do or support; at least at first.

I love seeing online videos of women and men in their eighties and nineties running marathons, lifting weights and performing athletic feats. It truly warms my heart!

And yet, reflected in the usual array of comments, is an overriding attitude of wonder and disbelief. That these individuals must be special in some way; gifted genetically or just fortunate not to have succumb to the ravages of time.

They are fabulous; of that there is no doubt. But if they are special at all, it’s in terms of their mental strength and their ability to do whatever the hell they want, in the pursuit of prolonged health.

Typically, they stay active, mentally and physically. They don’t self-sabotage and make stupid mistakes; watching what they eat and not being enticed by highly-processed crap.

Archaeological studies show that our hunter-gatherer ancestors had the capacity to live long and healthy lives. Barring incidents of infection, starvation, or predator attack; they could live almost as long as we do. The difference being that they remained damn strong until their usually quick demise.

With the advent of medicine, we have a massive advantage over our ancient ancestors. Surely then, we have absolutely no excuse for not living as strong as we can for as long as we can.

Why is it then, do you think, that so few of us 21st century dwellers make the best choices when it comes to food and exercise?

I believe it’s a case of group-think. It’s somehow become accepted that as we age, we’ll continue to get heavier and less mobile until we eventually fade away.

I for one decided many years ago that I sure as hell wasn’t ever going to fade away! I do not intend to suffer the fate of so many: that of a still-youthful mind trapped in a fragile body.

Yes, I’ve been laughed at; told I was chasing rainbows (again); that it was an impossible ambition. But here I am, fitter and stronger than ever; improving every year.

I love my life and the vitality I experience. It’s amazing to be strong and still have so much to look forward to. Yet, I still feel at times like an outlier; an oddball who never stopped bucking the trend.

It’s a special kind of irony that sees us now having the largest ever percentage of the population that have a gym membership, while also witnessing an obesity epidemic.

In part, I blame the very fitness industry I’m a part of. I blame the mixed messages and fascination with quick-fixes and revenue generating gimmicks. I dislike how, even now, it takes a special kind of individual to resist the snake-oil sales-folk who make money off people’s confusion and vulnerabilities. Put it this way, if it sounds too good to be true, it usually is!

That said, the path to strength and longevity doesn’t have to be complicated: eat well, train smart, be consistent……that’s it!

The Primal approach is to take things back to basics: nothing complicated, no gimmicks, just a common-sense attitude based on a lifetime’s experience.

Plus, it’s never too late to get started. You can have a massive impact on your health and athletic performance in the space of a few months.

All you really need to do is make a choice: are you happy to follow the herd and let the comfortable familiarity of being just like everyone else prevent you from leading the life that deep down, you yearn for?

Or are you brave enough to choose the alternative: a lifestyle reserved for the strong of mind and young at heart? It’s not an exclusive club; we’ll take anyone! The only requirement being a desire to live stronger, for longer.